How to not Completely Suck at Crossfit

Starting anything new can be intimidating, but even the concept of crossfit was enough to make me avoid it like the plague.  Eventually it was time to try something new and this was the year of saying eff fear so off into the gauntlet I went.  This was one of those moments Mel Robbin’s 5 second rule really came to play.  I called up my brother in law who was a regular xfitter and said I was thinking of trying it soon.  After the, “I’m going this afternoon, come with me” comment I was kind of stuck.

Begrudlingly I got into my workout gear, laced up my shoes and went to what I envisioned might be the seventh circle of hell.

Walking into this gym was terrifying.  As an adult my general pattern was if I am not going to be good at something that voice in my head says let’s not today ok?  My thoughts weren’t super encouraging.  I was out of shape and knew there was no way I can do a super hard workout.  I am going to be so slow, look weak and embarrass myself.   In reality some of that was true, but to my surprise it wasn’t nearly as bad as I made it out to be in my mind.  The group was supportive and the coach scaled the workout so I wouldn’t be left in the dust.

To officially start you had to sign up for some one on one training sessions (some of the olympic weight lifting moves are tricky).  Once those were done I was officially part of the gym and could come to all classes.  I started going two times a week and then three times a week.  It’s still hard, but it gets easier and although I’m not anywhere near a scaled workout I am showing up and getting stronger.

That to me is the key to not sucking at Crossfit and this applies to so many aspects of life – don’t let fear stop you, show up and don’t quit.

It sounds so simple and after starting I love it and it’s an important part of my life.  If I hadn’t mustered up the courage to go that first time I’d never know what I was missing.

This post may contain affiliate links, which means I’ll receive a commission if you purchase through my links, at no extra cost to you. Please read my full disclosure for more information. When starting an online business one major question is what tools do I need?...

END_OF_DOCUMENT_TOKEN_TO_BE_REPLACED

Listen below to hear my interview on the Cubicle to CEO Podcast.   "I’m so thrilled to have my good friend and former client - Lesa Banks - on the show. Lesa is a former Fortune 500 marketer who successfully managed 9 figure business units. After a 13 year career...

END_OF_DOCUMENT_TOKEN_TO_BE_REPLACED

Don’t worry about the algorithm again – the most common pitfalls of Instagram solved. Are you making these five mistakes on Instagram?

Don't Make These Instagram Mistakes   I'm a social media manager and part of my job is doing audits for clients of how they can improve their Instagram. Having gone through many accounts I find there is a pattern of key items that need improvement. In this post,...

END_OF_DOCUMENT_TOKEN_TO_BE_REPLACED

Instagram Tutorial - How to use IG StoriesA question I get often is how to use IG Stories.  This tutorial covers creating, editing, customizing, and publishing.  If you've been curious about this feature but haven't explored it yet or what to learn some tricks for...

END_OF_DOCUMENT_TOKEN_TO_BE_REPLACED

Have you ever felt like you are out of ideas when creating new content? Or wondering if the ideas you have will have the impact you want?  Ultimately with your content, you want people to find you and help them in some way. The best way to ensure you can do this is to...

END_OF_DOCUMENT_TOKEN_TO_BE_REPLACED

Listen below to hear my interview with Tailwind. It is not surprise Tailwind is a favorite tool I use. Lauren Noble and I sat down to talk about changing from a corporate career to working for yourself and more. You can read the write-up here or watch the interview...

END_OF_DOCUMENT_TOKEN_TO_BE_REPLACED 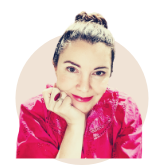